WDR‘s 10th Years of UN Recognition & 20th Years of Global Remembrance, holding WDR’s Wall of Remembrance and wearing armbands in memory of Victims of Terrorism, as they hold a minute of silence.

So far here are some of the productions we worked

Alice in Wonderland: Through the Looking Glass

We are happy to work on “Muppets Most Wanted”

You can watch the trailer herebelow

As a special gift, we have a website offer until 10 January 2014. Our creative design services are now at a %40 discount,too-

Muge Bakircioglu was at London  Turkish Film Festival as a part of the team as Assistant Director. Every year, directed by Vedide Kaymak, The Festival takes place in prestigious London Cinemas and an international audience welcomes  and celebrates the new Turkish Cinema 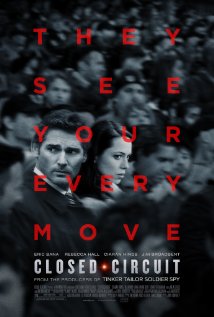 Once again, Moontop Productions teamed up with Jeva Films for Working Title Films productions for suspense thriller starring Eric Bana, Rebecca Hall, Ciaran Hinds and Jim Broadbent and directed by John Crowley. The film is to be released in 2013. Check it out on Empire magazine`s website.

In March 2011, Robert Redford announced that the Sundance Film Festival would be held at The O2, in London from 26th – 29th April 2012, the first time it has travelled outside the United States. Muge Bakircioglu worked at the festival as a Sundance London Volunteer.

Speaking to the press, Redford said, “We are excited to partner with AEG Europe to bring a particular slice of American culture to life in the inspired setting of The O2, and in this city of such rich cultural history. […] It is our mutual goal to bring to the UK, the very best in current American independent cinema, to introduce the artists responsible for it, and in essence help build a picture of our country that is broadly reflective of the diversity of voices not always seen in our cultural exports.”

Oscar Wilde once said “A work of art is the unique result of a unique temperament”. Three ladies unite for an art exhibition in at Framers Gallery, London. Moontop created the following video for the exhibition: 14 – 19 May 2012

A definitive guide to eating in London: “London-eating.co.uk”

News about the play

Photo by Muge Bakircioglu was selected for the short film ” A Declaration to interdependence” by Tiffany Shlain  (American filmmaker and founder of the Webby Awards) that premiered at Sundance Film Festival, USA.  The photo was taken in London, Southbank. The music in the video is by Moby.

Our website is now updated. It, now, uploads faster and you can easily view from your smart phones.